You think YOU have water problems? Check this poor guy’s story! 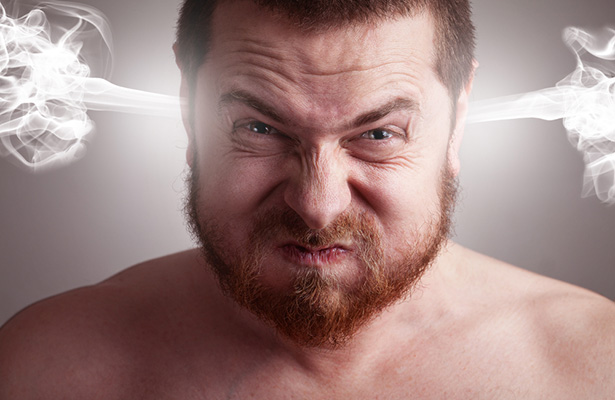 Have been in my home 20 years, state water lab tests a few times over the years have shown no issues with well water. No problems with odors, taste, staining of laundry or appliances.

4″ drilled to depth of 57 feet, constructed in 1985. Last October we had all of the old copper pipes (60 yr old stuff) removed & plumber installed Pex pipes. New pressure tank installed.
No water treatment equipment at this point, never needed it.
Nov 2013 the pump in the well failed. When well driller with truck hoist tried to remove pump it ‘broke off’ & they were unable to dislodge it. Unhappily was told my only option was to drill new well, which they did the following day. The new well is 6″, also drilled to 57′, about 5 feet from previous well. We have been dealing with iron bacteria, heavy precipitated iron, manganese issues from that day forward.
Jan 2014 – Results from water sample to state lab for metals & IB:
Iron:  5.20 mg/L
Iron Bacteria:  490  /ml
Precipitated Iron:  Heavy
Manganese:  548 ug/L
Hardness:  88.7 mg/L
Sent results to well driller. His advice was to install a water softener. PERIOD. I had already read about iron bacteria, spoken to various resources in state lab, private well specialists et al and knew that wasn’t the answer.
I contacted my plumber about the situation, water test results, etc. He agreed I would need a water softener but said that iron bacteria needed to be resolved first, and most likely I would need an iron particulate filter or the water softener would die pretty quickly. Everything I read substantiated that. Did my best with online forums, reviews, etc. and purchased a Kenmore 32K gr (manufactured by EcoWater) that specifies ‘for heavy iron water issues’.
Plumber suggested  Water Control products “MEGAbite Iron Filter” and “PS-5 Reverse Osmosis” under-sink unit. Haven’t purchased either yet due to my uncertainty.
Well driller returned early Feb. & did shock chlorination. I ran garden hose from pressure tank several hours a day (for weeks), flushed water heater multiple times. Water is clear for about a week & then returns to brown, slimy, staining. Was instructed by driller to drop chlorine tablets down well several times a week. Kept running garden hose (was told well casing needed to ‘cure’ and then rusty colored water would subside). Just to say, we were unable to use anything in house other than toilet because the iron staining was so bad in sinks, shower, washing machine. Even washing hands would leave black staining around fingernails (due to manganese, I believe). Water from taps as well as toilet bowl very rusty, had “sheen” on surface from iron bacteria. Bottled water, and the kindness of family nearby (showers!) have gotten us thru thus far.
Second shock chlorination done early April. Repeated routine of running garden hose daily, flushed water heater numerous times. Well driller again advised that I just need water softener and not mess with the well further.
Sent another water sample to state lab 3 weeks later, results were:
Iron:  7.42  mg/L
Iron Bacteria:  100  /ml
Precipitated Iron:  Heavy
Manganese:  552  ug/L
Hardness:  79.4  mg/L
3 months have past & it continues to get worse.
Well driller has agreed to return next week to do a physical scrub with Cotey Chemical product “Welgicide” (I pay for the product), will return the following day to do another chlorination for iron bacteria/biofilm inside the plumbing in home.
MAJOR apologies for being long-winded, frustrated dealing with all this when all I needed originally was a new pump in my old well. The newly installed Pex pipes are slimy with biofilm to boot, the gunk that comes out of water heater when flushed is awful & I wonder what it’s doing to the pressure tank.
I hope the scrub will get a result but know that IB will requires monitoring & possible future chlorination. Any comments or advice about that would be most welcome.
My main confusion is water treatment equipment.
Plumber sent water samples to 2 different companies he’s been using for analysis & equipment recommendation. Well driller sent ‘his preferred’ guy to collect sample for the same.
All 3 had differing configurations & suggestions on equipment.
Company 1. result: Hardness 6 gpg  –  Iron  4.20 ppm  –  PH  7.32  –  TDS  160 ppm
Company 2 result: Total Hardness  7 g/g  –  TDS 149 mg/L  –  Iron 1.57 mg/L  – Manganese 0.529 mg/L  –  PH 6.80  –  Total Alkalinity 40 mg/L  –  Saturation Index -1.58   –  Total Comp Hardness 13 g/g
Company 3 result: Total Hardness 4 g/g  –  TDS 122 mg/L  –  Iron 0.23 mg/L  –  Manganese 0.431 mg/L  – PH 7.10  –  Total alkalinity 55 mg/L  –  Saturation Index -1.35   – Total Comp Hardness 6 g/g
I keep getting conflicting info from retail water treatment sellers, wholesalers, plumbers, water chemistry/private well ‘specialists’ employed by our state. Soooooo…….
Have the softener ready to install, but am unsure about the MEGAbite Iron Filter. One reason I’m concerned is the result Water Control sent me from my water sample was “Manganese: 0.00”, even thou I high lighted that was an issue. That threw up a red flag with me.
Also have doubts about an R/O unit, been told that there is a lot of discharged/rejected water (and that’s a septic system concern? I’ve read) and have been told numerous times it just isn’t necessary, let alone worth the $600. Afraid to even ask this question, but is there any other equipment that we need? I’ve been told to look into PH numbers ie corrosion issues, also saturation index (have no idea what that’s about) and alkalinity. All over my head.

PFAs in your water? Do you know?

In the last half decade, the ’new’ toxin known as PFAS is in our sights. It’s in the public domain, having been hunted out of corporate secret cellars. And it’s one more growing concern with our drinking water.. but that’s not the only place you’ll find it.

Could we be at risk of cancer just by drinking tap water?

The number of ‘new’ contaminants in our drinking water is rising. The EPA identified over 600, with safety research on them nowhere to be seen.

Alkaline diet is a very simple approach to improving the health of your bones that practitioners here in the US have overlooked for almost a century now. It’s available to anyone, it’s natural, it’s not terribly expensive — and you don’t even need health insurance to use it.

Free shipping on all orders - Due to the current lockdown our Byron Bay office and showroom are closed but we are still dispatching orders. Dismiss