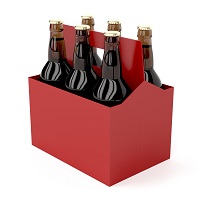 They do it because it WORKS!

A Dartmouth research team has found that alcohol television ads—with their images of good times and beautiful people–are reaching adolescents and  creating a negative effect on their behavior, .

Susanne Tanski, MD and colleagues at Dartmouth Medical College and the Johns Hopkins Bloomberg School of Public Health discovered that when asked to name advertisers of 351 nationally aired ads for 41 brands of beer and distilled spirits, under-age participants were only slightly less likely than people of legal age to recognize the brand names and say they liked the ads. The participants were 15 to 23 years old. The ads were stripped of logos.

Based on their responses to telephone- and web-based surveys, these adolescents were first rated on their “receptivity” to the ads. The surveys were done 2 years apart. The second survey tracked their behaviors toward alcohol as they got older.

Those with higher scores were found more likely to try alcohol earlier and engage in binge drinking and hazardous drinking.

“The effects are specific to the messaging contained in alcohol advertising,” Tanski wrote.

The results were also independent of alcohol use among friends and parent. “Parental drinking was less robustly associated with drinking than was marketing,” the team found.

“The industry standard directs the alcohol industry to aim for programs where at least 71.6% of the audience is reasonable expected to be 21 years or older,” but that does not prevent teens from seeing the ads.

“In contrast to cigarette companies, which voluntarily ended television advertising in 1969, alcohol continues to be actively marketed on television,” she wrote.

According to James Sargent, MD, a co-author of the study, the research built on an earlier study by the team. As part of that work they found which brands were most popular with teens who were underaged drinkers

To choose the ads to use to test subjects’ ad receptivity in the JAMA Pediatricsstudy, the team ranked products by ad spending.

For hard liquor, the ads on which manufacters spent the most were Absolut, Patron, Jose Cuervo, Ketel One, Bacardi, Crown Royal, Jack Daniel’s, Grey Goose, Captain Morgan and Belvedere.

All of the brands favored by the underaged drinkers were heavily advertised, the combined results of the two studies show.

Bisphenol-A and Phthalates in your drinking water?

What you need to know about these two nasty toxins in your water: Bisphenol-A and Phthalates.

Science might have been getting a bad rap lately.. but it still does amazing things!

Epilepsy. The ailment that has dogged the human race for centuries.. may have reached its use-by date. And I’m happy to say that the answer is Australian.

Hydrogen water: could this be the relief for Colitis sufferers?

This summary of his ideas about the role of water are nothing short of astounding. Read on and be amazed.