Being Alkaline Paleo in Italy – Part 1

Here we are in Italy.  After some setbacks due to my complete  ineptitude ( not getting a visa for India and getting tossed out)  we made it and as we inadvertently ended up in Bangkok for a few days, we ate Thai food, which even though it was savoury still had some sugar in it.  And… Ian and I lost our minds (put it down the stress of of all that went wrong) and had 2 beers each (gluten).  Ian and I have had to put up with the consequences of that mistake… I shan’t go into that, not pleasant! 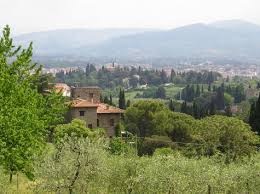 And now here we are in Italia and I can’t say that it had been easy ignoring the Italian sour dough breads and cornetti’s (Italian Croissants). In a supermarket in Australia I can sail past the aisles full of nutritionally empty foods, so easy, given that for me most of it’s not at all yummy but here….

Last year we went a quite crazy and ate a fair bit of Italian and French bread, cornetti’s, croissants and northern Italian cakes and so maybe my poor brain  now equates Italy with that morphine like response it got hooked on last year!  We so badly paid for that indiscretion, it took 6 months for us to heal and get back to where we were before our visit . 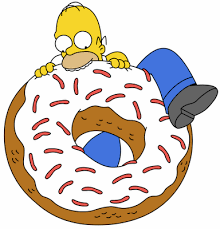 But my mind is being inundated with images of all sorts of neolithic rubbish foods.   Ian had a dream last night that he had managed to find an enormous cream cornetto and was trying to eat it before I saw him.  As he tried to eat the cream cornetto it went everywhere making a huge mess!  I guess that means that he can’t get away with anything with me.  Is he a victim or is he lucky?  Time I guess will tell.

Is Italy only about high carbohydrate food for us?  We are probably in a country which esteems food in the highest possible way.  For Italians, love and family and friends sharing, is all about a wonderful meal which most of the time consists of bread and pasta.  This high esteem for food is probably true here more than anywhere else in the world.

Will our obsessive cravings stop?  Will we get through this difficult moment?

We are lucky so far, staying on our friends farm, as we can cook the organic meats that we bought after being picked up from the airport.  We bought 35 Euros worth as a mixed package and ended up with a lot of good meat.  We even got a beautiful thinly sliced bit of pork which goes wonderfully crispy just like bacon without the chemicals.  Breakfast is this sort of bacon, mushrooms, little tasty tomatoes and organic eggs.  It’s a really yummy breakfast!

Lunch so far has been a large beef  stock I cooked up, with lots of added dark leafy green and other veges.  It’s great because its nice and warming and the weather is quite chilly here at the moment.

Twice for dinner  has been a medley of beef mince, tomato, eggplant, capsicum, onion, garlic and dark leafy greens.  Last night we had dinner with our friend Heidi which was a pork chop grilled on a wood fire , salad and fried home grown zucchinis.

It’s all been really yummy and filling.  Then why these amazingly strong craving, here, in Italy?

Is it a memory?  Is it Italy?  Is it mass Italian consciousness?  Only time will tell!

PrevPreviousAlkaWay: In the Beginning.. and Now
NextThe Alkaline Paleo FoodsNext
On Key

Bisphenol-A and Phthalates in your drinking water?

What you need to know about these two nasty toxins in your water: Bisphenol-A and Phthalates.

Science might have been getting a bad rap lately.. but it still does amazing things!

Epilepsy. The ailment that has dogged the human race for centuries.. may have reached its use-by date. And I’m happy to say that the answer is Australian.

Hydrogen water: could this be the relief for Colitis sufferers?

This summary of his ideas about the role of water are nothing short of astounding. Read on and be amazed.